A poll running on the Guardian website suggests that eight out of 10 people have paid in cash for services such as a plumber. Morally repugnant, or understandable when the rich routinely dodge their taxes? Here are five other money moral dilemmas to consider 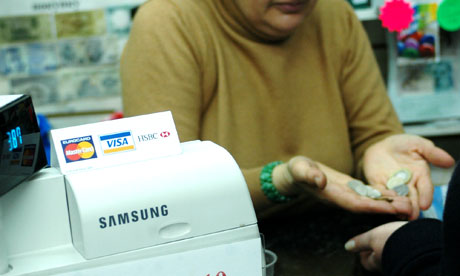 You get too much change in a shop. What do you do?

Treasury minister David Gauke is pretty clear where he stands on paying people in cash to get a discount – he says it is “morally wrong” to do so. This made us wonder where other money issues lie on the moral spectrum. Here are a few issues we think could cause contention – where do you stand on them?

1. Finding money
In the last fortnight alone, a friend has found £60 in 10- and 20-pound notes at the train station. Should she hand it in to the station guard? Her husband says the guard will just pocket the money himself/herself. Is that a sad (and inaccurate) reflection of modern life? Should she just give it to charity? Or is it OK to just pocket it?

2. Being undercharged
When you are undercharged for something, is it just karma? Some sort of payback for all those times that you are overcharged without realising? When your local cafe forgets to add the cost of the croissant to the capuccinos you were sharing with friends, do you look the other way? Or will the minimum-wage waiter have it taken from her pay? Why do so many people differentiate between being undercharged by a local retailer (the poor struggling business) compared to Tesco (oh, it’s just a drop in the ocean compared with their profits). Sainsbury’s once failed to charge me the £50 cashback I’d taken (I only noticed when looking at my bank statements later). A friend I imagined to be moral in most parts of her life, described it as “dream” undercharging.

3. Returning something you’ve worn
How many men have bought a suit for an interview, to return it a day later and ask for the money back? I witnessed a prolonged row in a Marks & Spencer as the manager accused a returning shopper of doing just that. It seems some women do the same with dresses for weddings. A case of “borrowing” with no harm done, or just plain fraud?

4. Overclaiming expenses
As a youthful journalist, I soon discovered that London black cab drivers would hand you a wad of blank receipts if you tipped them generously (oh for the days when one could claim for taxis …). How many people exaggerate petrol/mileage on company car forms? Or stay at the relatives and claim for a hotel? It’s not just MPs who fiddle their expenses, after all.

5. Earning a bit on the side
Those people doing a once-off rental of their homes for the Olympics and popping off to Spain for a holiday with the money. Will they tell the taxman and pay up? Or the people who just do that ocassional bit of freelance work, earning them just a couple of hundred of pounds a year. Does that end up declared on a self-assessment form? It’s hardly tax avoidance on the scale of Jimmy Carr. But what he did was actually legal. Earning and not declaring is worse. Isn’t it?

What do you think? Are these moral dilemmas you have agonised over, or are the answers quite straight forward?

CLR Accountancy Services Limited is incorporated in England & Wales No. 7965950

© 2020 Designed by  Creative Cloud Design   |
In accordance with the EU's E-Privacy Directive, we would like to highlight that our website uses cookies to deliver a seamless service and engaging online experience. Please click 'Accept' to indicate your acknowledgement of this functionality.AcceptPrivacy policy